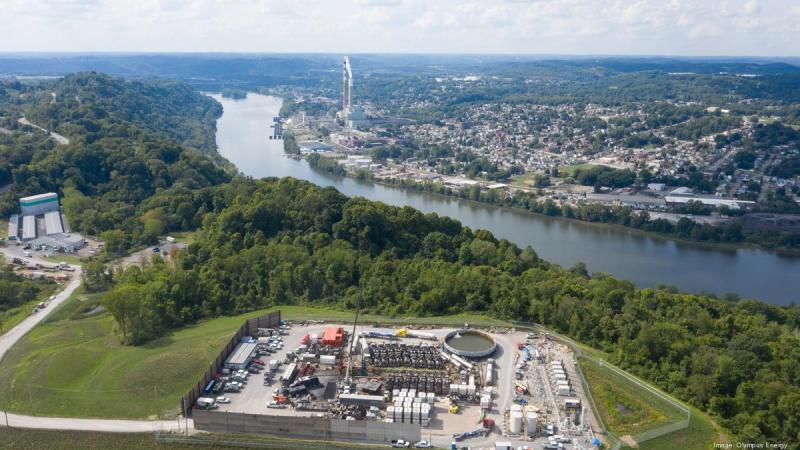 Olympus has announced the successful execution of the Midas 6M, a Marcellus Shale well with a completed lateral length of 20,060’, setting a new record for the longest horizontal wellbore drilled and completed in the Marcellus Shale according to public data.
The well, which was completed in October alongside the Midas 2M, 4M, and existing 8M (2017), was drilled in a single run and has a total measured depth of 27,717’. The three new wells increase the Company’s total completed well count to 14.

“This accomplishment epitomizes our team’s commitment to push the technological limits of our industry to drive value for stakeholders,” said Olympus President and CEO Tim Dugan. “We’re aiming to set a new standard for development – one that is not only capital savvy, but also has a community-minded approach to the growth of our business.”

In 2009, the average lateral length for Marcellus Shale wells drilled in Pennsylvania was approximately 3,500’. Technological advancements in unconventional drilling improved operational efficiencies over the next decade, driving that average up to approximately 9,000’ in 2019. The lateral of the Midas 6M is 11,000’ longer and spans nearly 3.8 miles.

“The Midas 6M execution stems from years of planning and research by the entire Olympus team,” said COO and Senior Vice President Mike Wahl. “Our development strategy prioritizes maximizing lateral length, which in turn minimizes surface disturbance and is a key part of our pledge to social responsibility.”

“Olympus set out from the start to create a different kind of E&P company,” said Wahl, who joined the company in 2016 and helped lead the development of its first wells just one year later. “The safe and responsible growth of our business directly translates into the growth of our economy and affordable domestic energy. We’re proud to do our part and continue building on that legacy.”

Olympus Energy LLC (“Olympus”) is a privately-held energy company headquartered in Canonsburg that specializes in upstream and midstream development of natural gas resources in the Appalachian Basin. Olympus has a scalable asset base in southwestern Pennsylvania, having assembled over 100,000 largely contiguous and operated acres within the core Marcellus, Utica,and Upper Devonian fairways . Visit www.olympusenergy.com for additional information.