Olympus Energy LLC is a privately-owned oil and natural gas company that specializes in upstream development of natural gas resources. For the past several years, Olympus (originally Huntley & Huntley Energy Exploration or HHEX) has been developing a premier position in the core Marcellus, Utica, and Upper Devonian basins of Southwestern Pennsylvania, assembling over 100,000 largely contiguous acres rich in natural gas resources. Olympus is committed to utilizing leading-edge exploration and production techniques on this premier asset to create long-lasting value for both landowners and investors.
In 2012, HHEX was developed in a partnership with Blackstone and managed in association with Huntley & Huntley, Inc., a firm that has over a century of experience in the oil and natural gas industry. In recent years, Olympus Energy’s management group has expanded to a team of experts who have accumulated many decades of expertise built from working with key industry players. The team has broad experience across unconventional resource plays and supporting industries, and each individual has a proven track record of employing innovative strategies that achieve operational excellence. In 2019, HHEX changed its name to Olympus Energy to better reflect its vision for the future.

In our quest for natural gas, we embody a new and special energy.

Energy is not just what we seek.

In each action, we demonstrate sound moral and ethical principles that embody the key attributes of a loyal community partner and corporate citizen.

We are lean, nimble, and work with unparalleled passion to achieve excellence in all aspects of our business. We think critically about our performance and commit ourselves to continuous learning. We strive to be an organization that is adaptable, accepting of change, and determined to drive toward better solutions – always and in all ways.

We prioritize the wellbeing of the environment and communities where we operate above all else. We recognize and welcome our responsibility to serve all stakeholders, committing to a culture of caring for our employees, our neighbors, and the land we develop. 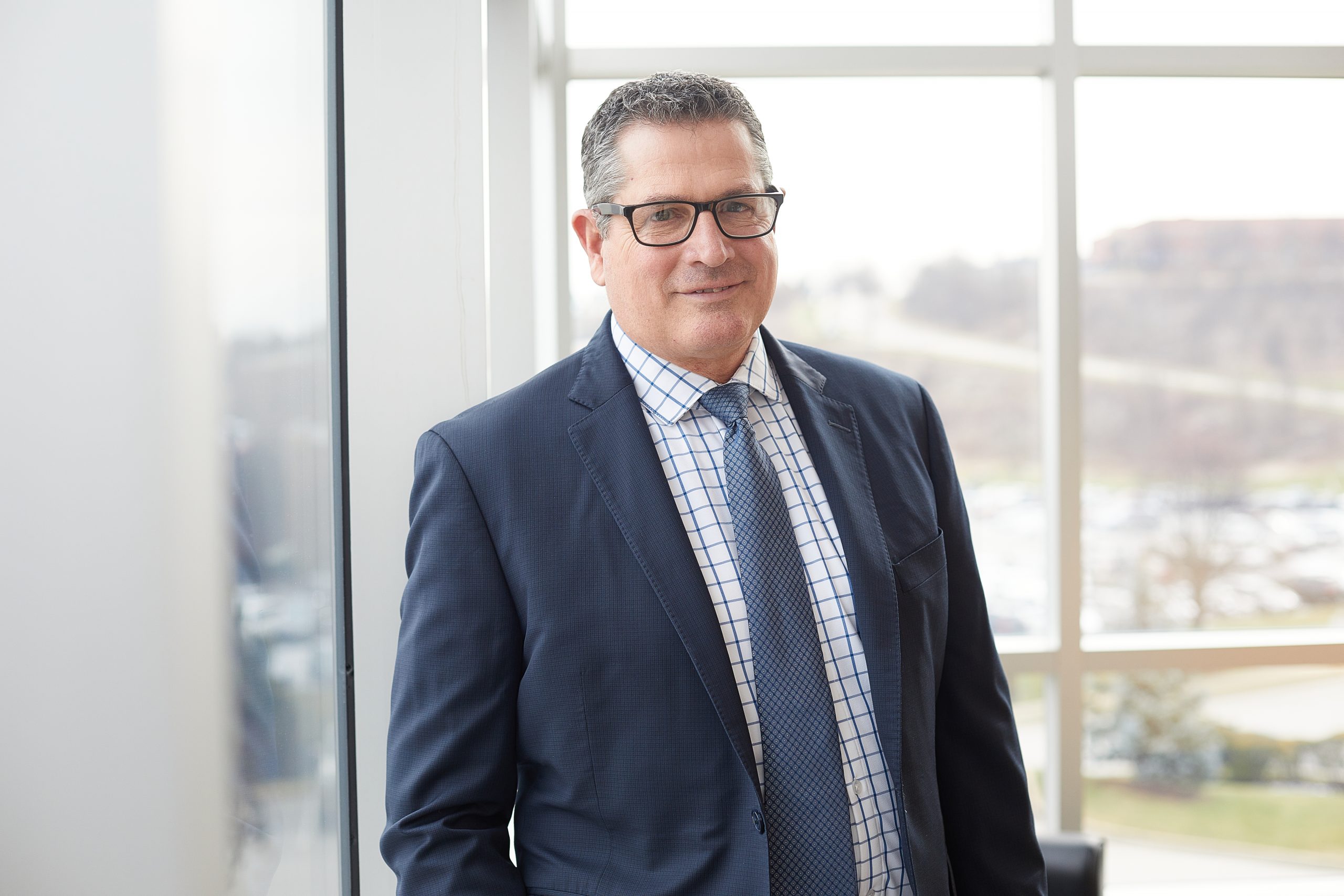 Prior to his appointment as President and CEO, Mr. Dugan served Olympus as Senior Vice President and Chief Operating Officer from January to September 2020. He previously served as Executive Vice President and Chief Operating Officer at CNX Resources Corporation and held the same position at CONSOL Energy until the companies separated in 2017. Prior to joining CNX, Mr. Dugan worked at Chesapeake Energy for seven years, holding various positions including Vice President of the Appalachia South Business Unit, Senior Asset Manager, and District Manager. Mr. Dugan began his career at Cabot Oil & Gas Corporation and was later employed by Equitable Production Company (EQT). Mr. Dugan holds a B.S. in Chemical Engineering with a Petroleum Option from the University of Pittsburgh. He is also a member of the Society of Petroleum Engineers. 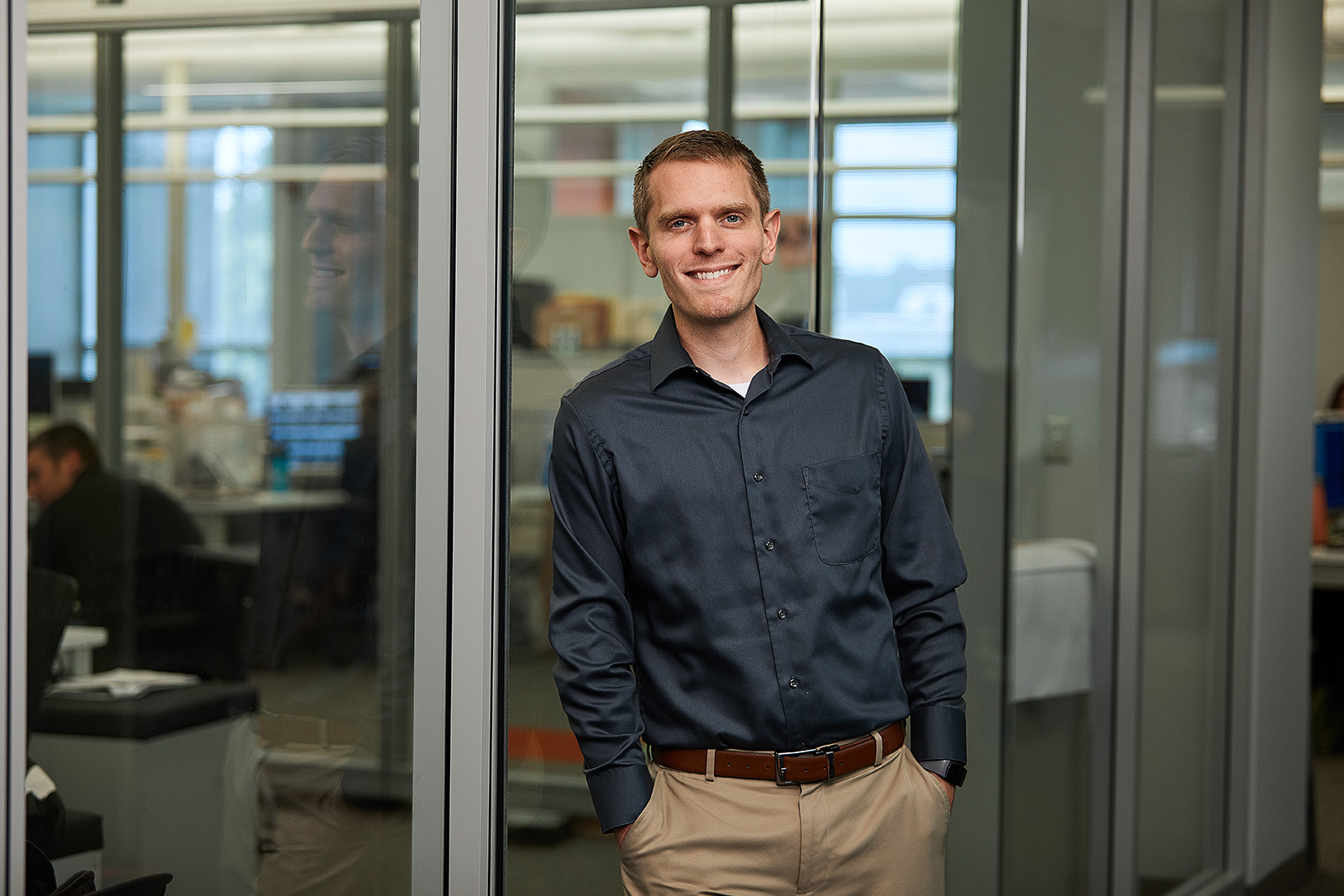 Mr. Wahl joined Olympus in 2016 to lead the Company’s reservoir engineering and planning team. He was promot

Mr. Wahl joined Olympus in 2016 to lead the Company’s reservoir engineering and planning team. He was promoted to Senior Vice President and Chief Operating Officer in September 2020. Prior to joining Olympus, he served in the strategic planning group and Permian Basin asset management team at Anadarko Petroleum Corporation. Mr. Wahl began his career at EQT Corporation, where he worked in various reservoir engineering and planning positions. He holds an undergraduate degree in Chemical Engineering from the University of Pittsburgh and an M.B.A. from Carnegie Mellon University. 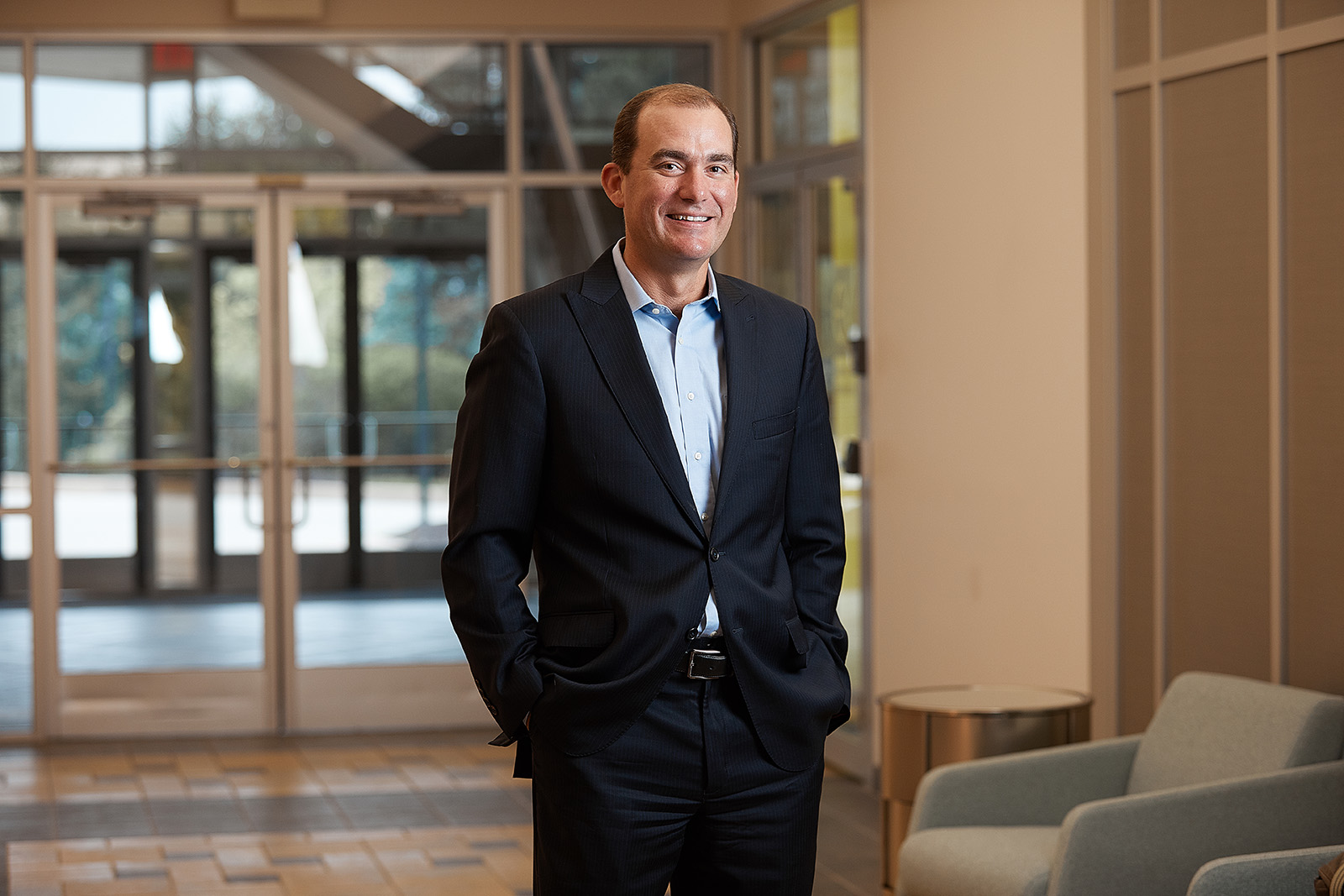 Mr. Evans joined the Olympus team in 2018 to lead the finance function as Senior Vice President and Chief Fina

Mr. Evans joined the Olympus team in 2018 to lead the finance function as Senior Vice President and Chief Financial Officer. Mr. Evans plays a role in the team’s acquisition analysis, financial reporting, accounting, oil and natural gas price hedging, and debt execution efforts. Prior to joining the team, he spent nine years with Lime Rock Resources as Senior Vice President and Chief Financial officer executing over $2 billion of upstream acquisitions while leading the accounting, finance and fund management teams. Prior to that, he spent five years of his career at Goldman Sachs E&P Capital Group. While there, he led the analysis, execution, and structuring of various financing for oil and gas companies throughout the United States. Earlier in his career, Mr. Evans was in the treasury department of Cabot Oil and Gas and in the energy investment banking group of Bank of America. Mr. Evans is a graduate of Texas Christian University (B.A.). 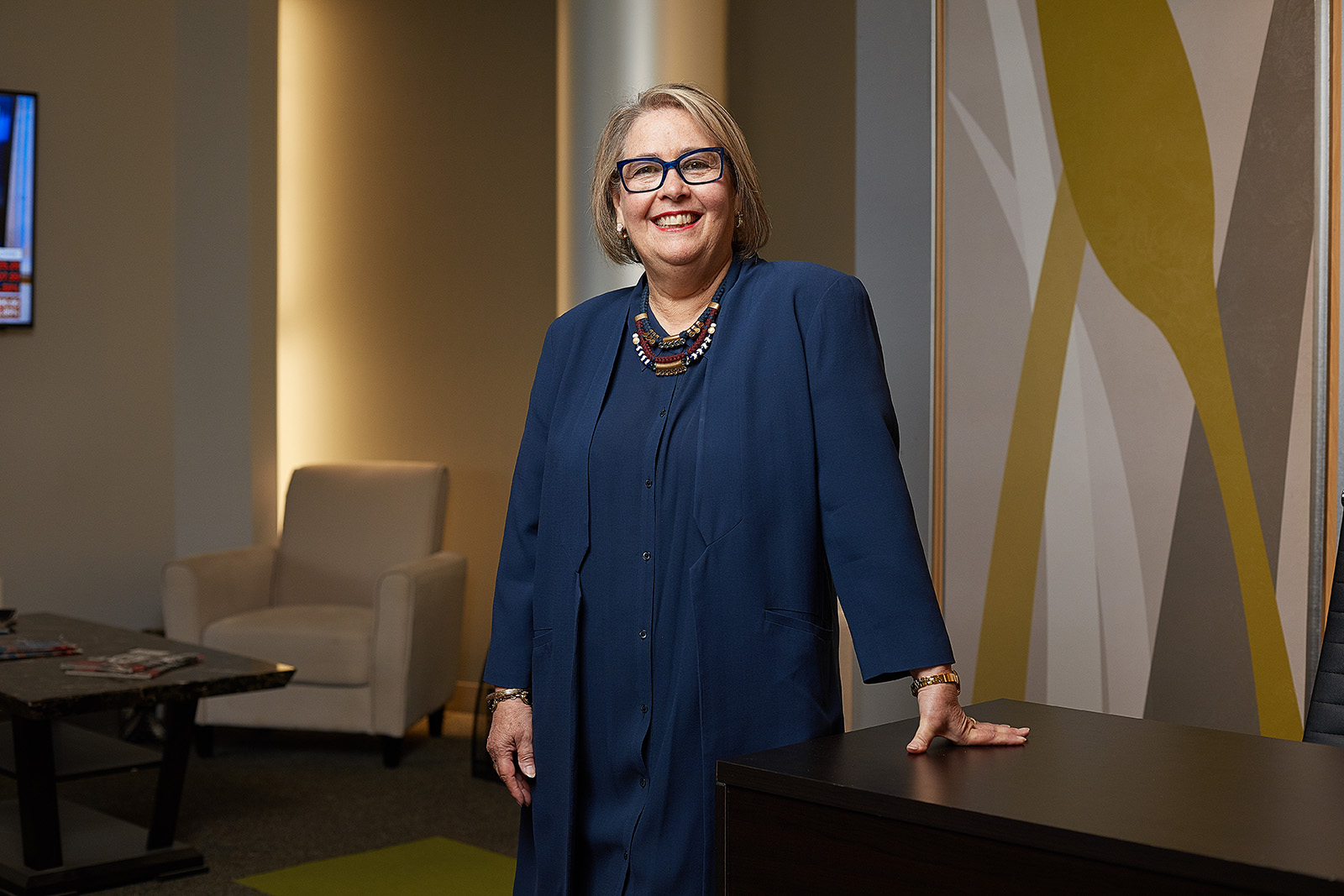 Ms. Datesh spent 10 years at CONSOL Energy as Assistant General Counsel and Vice President of Land Resources and Enterprise Risk. At CONSOL, she oversaw the management of land projects, worked on hundreds of energy-related opportunities, and drove the land acquisition and disposition efforts, including identifying strategic land opportunities to meet operational goals. In addition to her time at CONSOL, Ms. Datesh partnered with executive teams throughout her 30+-year career at a number of prominent Pittsburgh-based law firms, primarily focusing on mergers and acquisitions, corporate finance, and governance. Ms. Datesh holds a B.A. in Anthropology, an M.P.A. in Public and International Affairs and a J.D. from the University of Pittsburgh. She has served as a director on the board of Erie Indemnity Company since 2016. 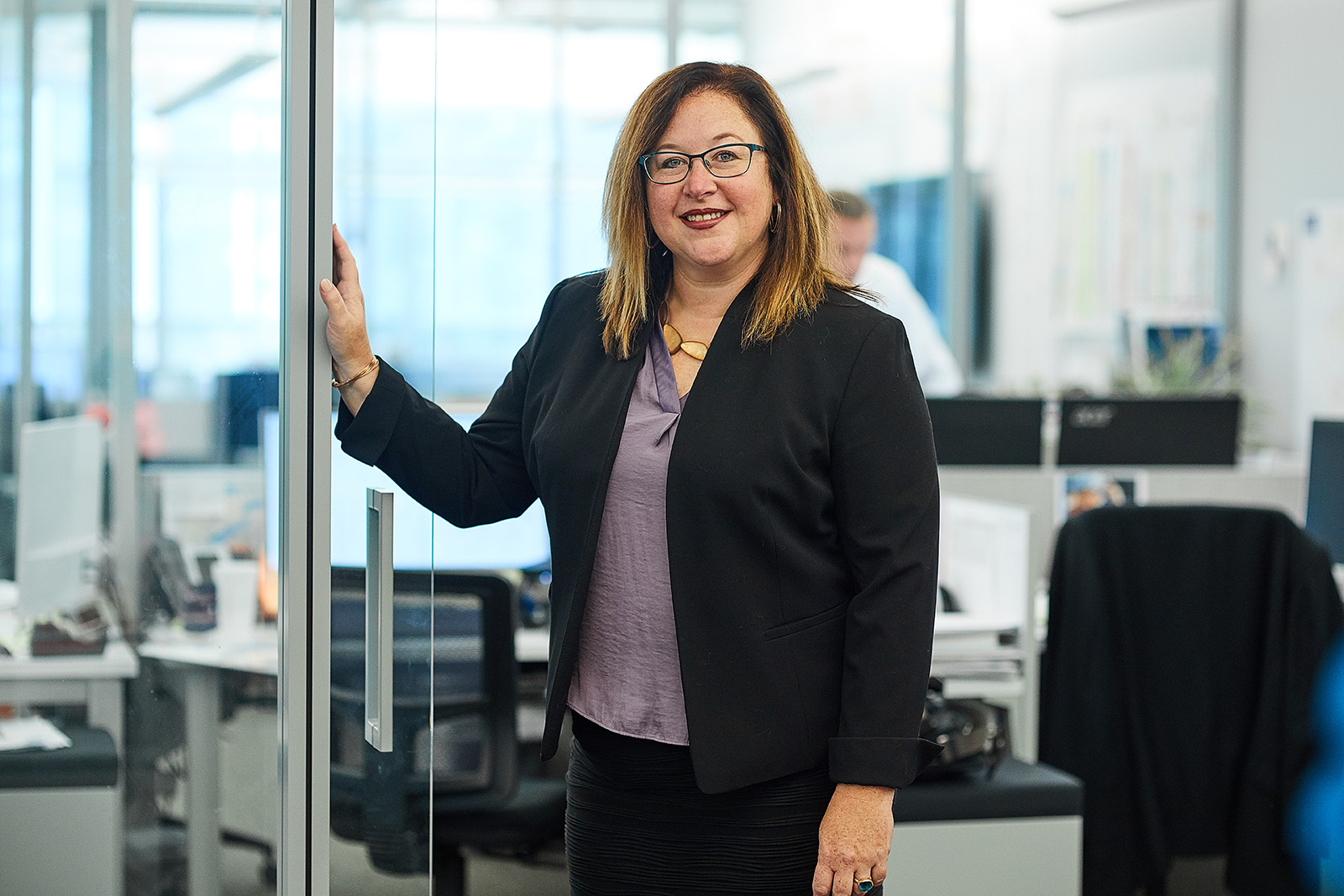 Prior to joining Olympus, Ms. Hoffman spent five years at Chesapeake Energy in the Regulatory Department, including time spent as Regulatory Director of the Northern Division, where her team was responsible for permitting and regulatory affairs activities in the Marcellus and Utica plays. Before Chesapeake, Ms. Hoffman spent 14 years at Susquehanna River Basin Commission in various roles, including Monitoring & Assessment Chief. Ms. Hoffman holds a B.S. and an M.S. in Biology from Shippensburg University. 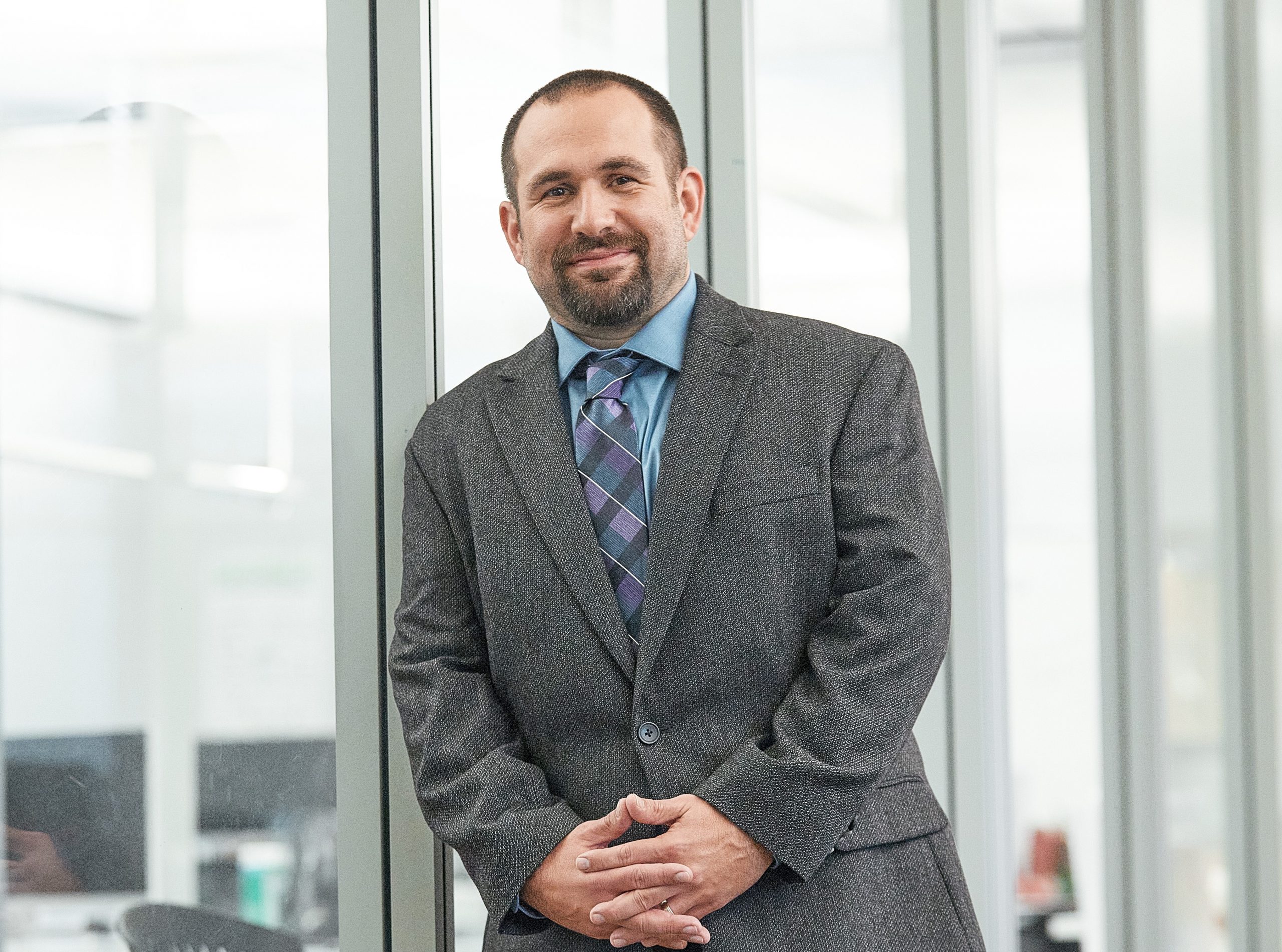 Mr. Johnson joined Olympus in 2016 as Operations Manager and was promoted to Vice President of Operations in S

Mr. Johnson joined Olympus in 2016 as Operations Manager and was promoted to Vice President of Operations in September 2020. He began his career at Chesapeake Energy where he held various engineering and operations roles that supported CHK's exploration and production of natural gas from the Marcellus and Utica shale formations. Mr. Johnson is a 2008 graduate of West Virginia University’s petroleum and natural gas engineering program. He is also a member of the Society of Petroleum Engineers and serves on the Board of Trustees at Riverview Bible Church. 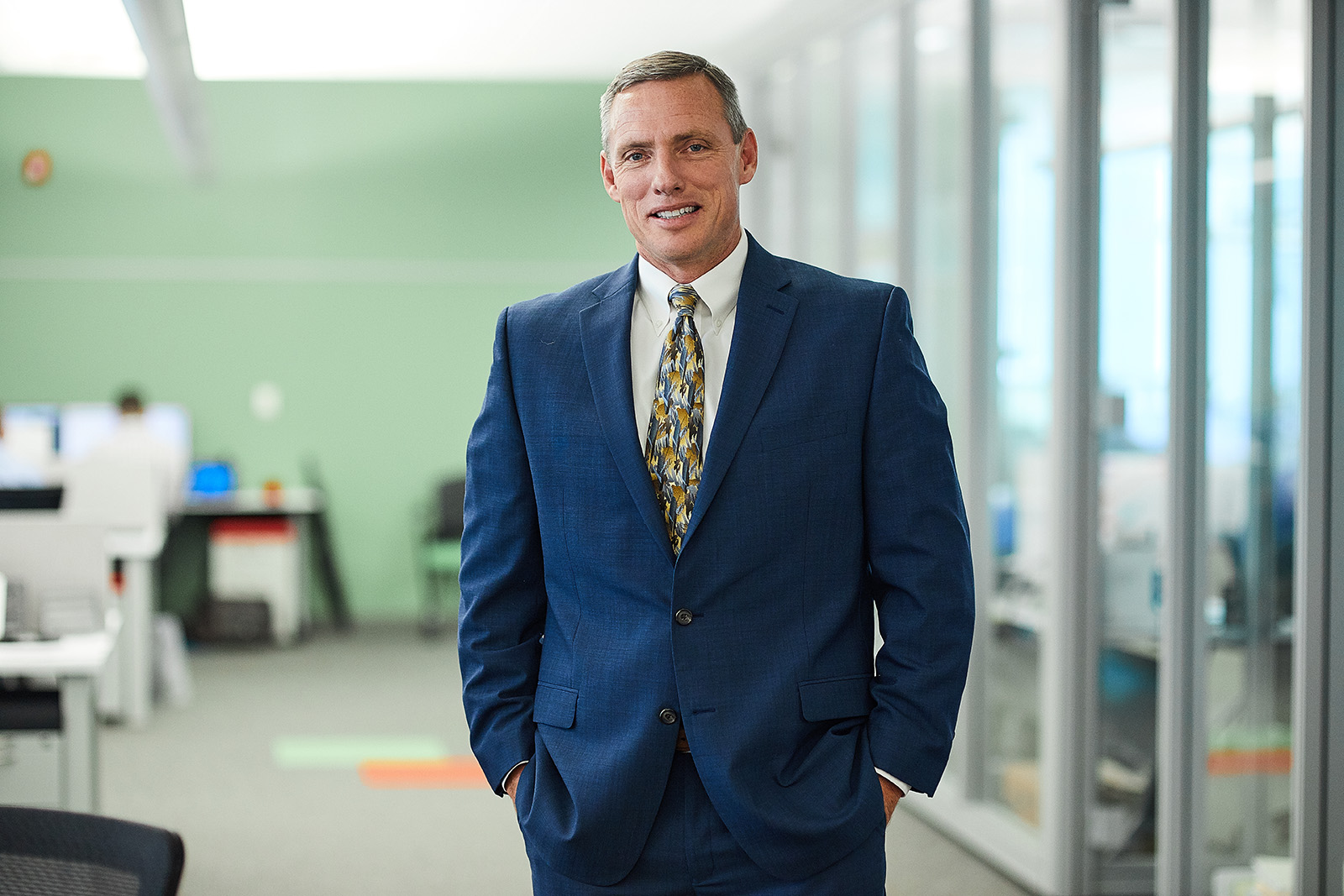 Prior to joining Olympus, Mr. Powell was CONSOL Energy’s Vice President of Business Development, where he wo

Prior to joining Olympus, Mr. Powell was CONSOL Energy’s Vice President of Business Development, where he worked on over $12 billion worth of transactions, and later became the Vice President of Land Administration. Prior to CONSOL Energy, Mr. Powell worked at Alcoa Inc. as a Global Commodity Manager and Internal Financial Auditor, and Equitable Production Company as a Senior Business Analyst. Mr. Powell holds an undergraduate degree in Biology from the Allegheny College and an M.B.A. from the University of Pittsburgh.

Erik Belz is a Managing Director in the Private Equity group. Since joining Blackstone in 2014, Mr. Belz has been involved in the execution of several Blackstone investments in the midstream energy infrastructure and upstream royalties sectors, including Cheniere, Cliff Swallow, EagleClaw, Falcon Minerals, Grand Prix, Guidon, Permian Highway Pipeline, Primexx, Rover and Swallowtail. Mr. Belz’s current focus includes investments in services & equipment related to energy efficiency and natural resources, consistent with energy transition and climate solutions themes. Mr. Belz serves as a Director of Desert Peak, EagleClaw, Falcon Minerals and Olympus. Before joining Blackstone, Mr. Belz was a Vice President at Blue Water Energy, an energy-focused private equity fund. Prior to that, Mr. Belz was an Associate at the First Reserve Corporation. Prior to that, he worked as an Investment Banking Analyst at Lehman Brothers in the Natural Resources, Mergers and Acquisitions Group. Mr. Belz received an A.B. in Economics with a concentration in Government from Harvard College, where he graduated cum laude.

Mr. Christopher Doyle (“Chris”) is the President and CEO of Civitas Resources. Prior to joining Civitas in 2022, Mr. Doyle was President and CEO of Primexx Energy and CEO of Rock Ridge Royalty Company, privately held companies with exploration and production assets and minerals throughout the Delaware Basin of West Texas. From 2016 to 2020, he served as President and CEO of Olympus Energy, focused in the southwest Pennsylvania portion of the Appalachian Basin. Prior to Olympus, he served as Executive Vice President of Operations at Chesapeake Energy where he was responsible for the company’s Marcellus and Utica developments in the Appalachian Basin and the Powder River Basin assets in Wyoming. In addition, Mr. Doyle was responsible for Chesapeake’s Marketing, Midstream, Supply Chain, and centralized Operations and Technical Support. Prior to Chesapeake, he spent 18 years at Anadarko Petroleum in various leadership roles, most recently as Vice President of Operations for the Southern and Appalachia Region. Mr. Doyle holds a B.S. in Petroleum Engineering from Texas A&M University and an M.B.A. from Rice University.

Michael Hillebrand serves as Chief Operations Officer for Huntley & Huntley, Inc, a position he has held since 1998. Prior to Huntley & Huntley, Mr. Hillebrand worked for a Manhattan-based power generation company where he was responsible for procuring over 100 Bcf of gas and 2,000 properties through the company’s acquisition and non-operated investment strategies. Mr. Hillebrand serves on the board of directors of the Pennsylvania Independent Oil and Gas Association and is a board member of Allegheny County’s Energy & Environment Committee.

Keith Mangini serves as President and Chief Executive Officer of Huntley & Huntley, Inc., a position he has held since 1995. Mr. Mangini joined Huntley & Huntley in 1978 as a Staff Geologist and was promoted to Vice President of the Company in 1986. In 1995, he purchased Huntley & Huntley, Inc. to become its fourth-generation owner, assuming his current role as CEO and President. Mr. Mangini is a licensed geologist in Pennsylvania, a member of the American Association of Petroleum Geologists, the former president of the Pittsburgh Association of Petroleum Geologists, and Chairman of the Board of the YMCA Deer Valley.

Eric D. Marsh is the retired Founder, Chairman, and CEO of Vine Energy, a natural gas production company in North Louisiana in the Haynesville Basin, which merged with Chesapeake Energy in November 2021. Prior to his career at Vine Energy, Mr. Marsh spent 13 years at EnCana Corporation, in a number of leadership roles, including Executive Vice President of EnCana Corporation and Senior Vice President of EnCana USA Division. Mr. Marsh sits on the Governor’s Task Force for the State of Wyoming Engineering Development and has served on both the University of Wyoming Foundation and the University Engineering Accreditation Board.

James Scheel is a retired senior executive
of The Williams Companies, Inc. with 32 years of
energy infrastructure experience, both domestically and
internationally. He most recently served as Senior
Vice President of Williams’ Northeast Gathering
and Processing operations, where he was responsible
for the company’s unregulated midstream assets
serving the Marcellus and Utica developments
in Pennsylvania, West Virginia, Ohio, and New York.
During more than three decades at Williams,
Mr. Scheel was directly involved in over $10 billion
in transactions and business integrations.
He served the organization in various leadership
capacities including Senior Vice President of
Corporate Strategic Development, Vice President of
Midstream Business Development, Managing Director
of Global Energy Development, and General Director
of AB Mazeikiu Nafta. He earned his bachelor’s
degree in Petroleum Engineering from the
University of Tulsa in 1986.